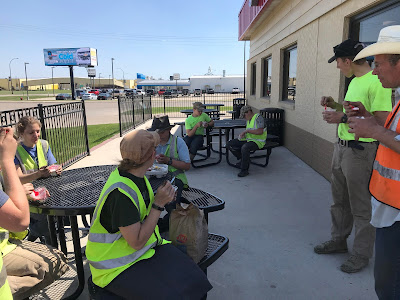 Yesterday, we put in a mile and a half of petunias along the main highway of Warroad. All in all, we planted around 15,000 petunias. It was a great crew and we had fun like always. 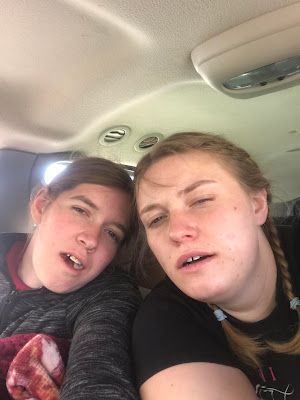 A few days before that, Miriam and I both had some teeth removed. I only had one out, since I only have one wisdom tooth that's ever bothered me, and hopefully the other ones can stay. It was my first time ever being 'put-under' for anything and Miriam and I enjoyed comparing notes about when we woke up. :) 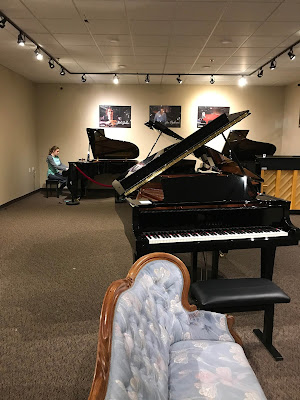 Then, shortly before that, I took a trip to SD for a book convention, and along the way, Marie and I stopped at a music store. I've played some nice pianos over the years, but the one Marie is playing in this picture is by far the nicest I've ever played on! 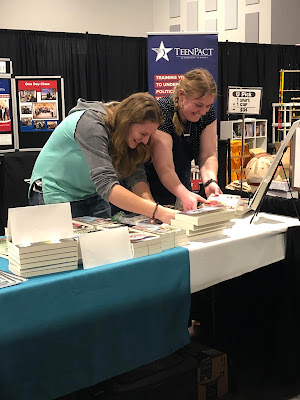 We had way too much fun setting up, and the convention went very well! 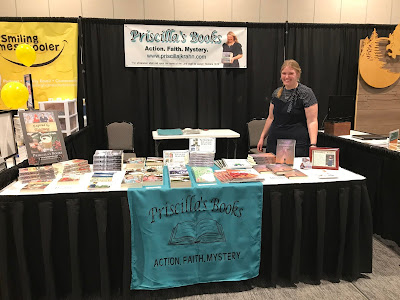 I got a new banner, and was excited to use it. 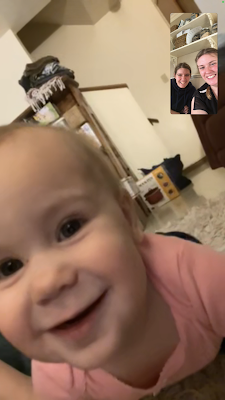 Hosanna calls about once a week, and the other day she video called so we got to see little Ruthie! 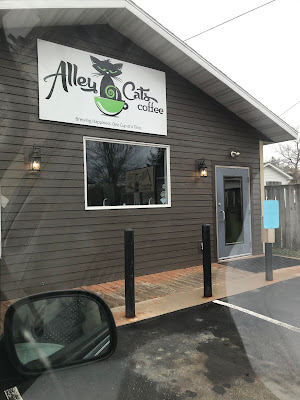 Then, the weekend before that, I was in WI with some cousins, and we happened to go to church in Spooner, where one of my mom's cousins used to own this coffee shop! It was closed when we went by, but I thought it was neat to see the place again since I hadn't been by there since I was probably seven. 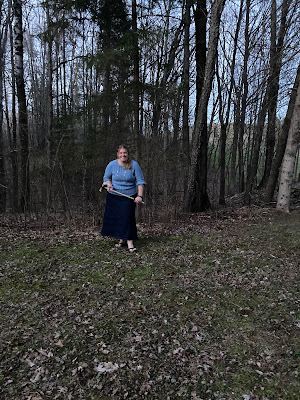 At my cousins house, we played a great game of croquet, although I'm pretty sure becoming a great croquet player is not in my future. We had fun, but I was terrible! :):):) 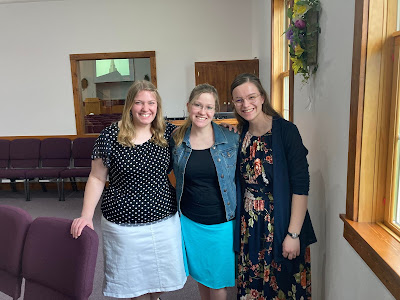 It's such a blessing to have such great cousins to be able to fellowship with!!! I'm so thankful that they are willing to open up their home to me, or go on a road trip with me. I'm always so encouraged after spending time with them!
In a couple of days, I head off to Florida to be a sponsor for ISC, and on the way home, I'll be flying out of WI headed for NY for the summer at Longview camp. So yes, I'm carefully planning and packing, and excited to see how God uses this summer to help me grow more. I'd appreciate prayer as I'll be doing a lot of traveling and will have lots of opportunities to share with people over the summer.
I'm not sure I'll be able to post over the summer or not, so until next time, this is Priscilla Krahn reminding you to stay thankful! :)
Posted by Priscilla J. Krahn at 3:11:00 PM 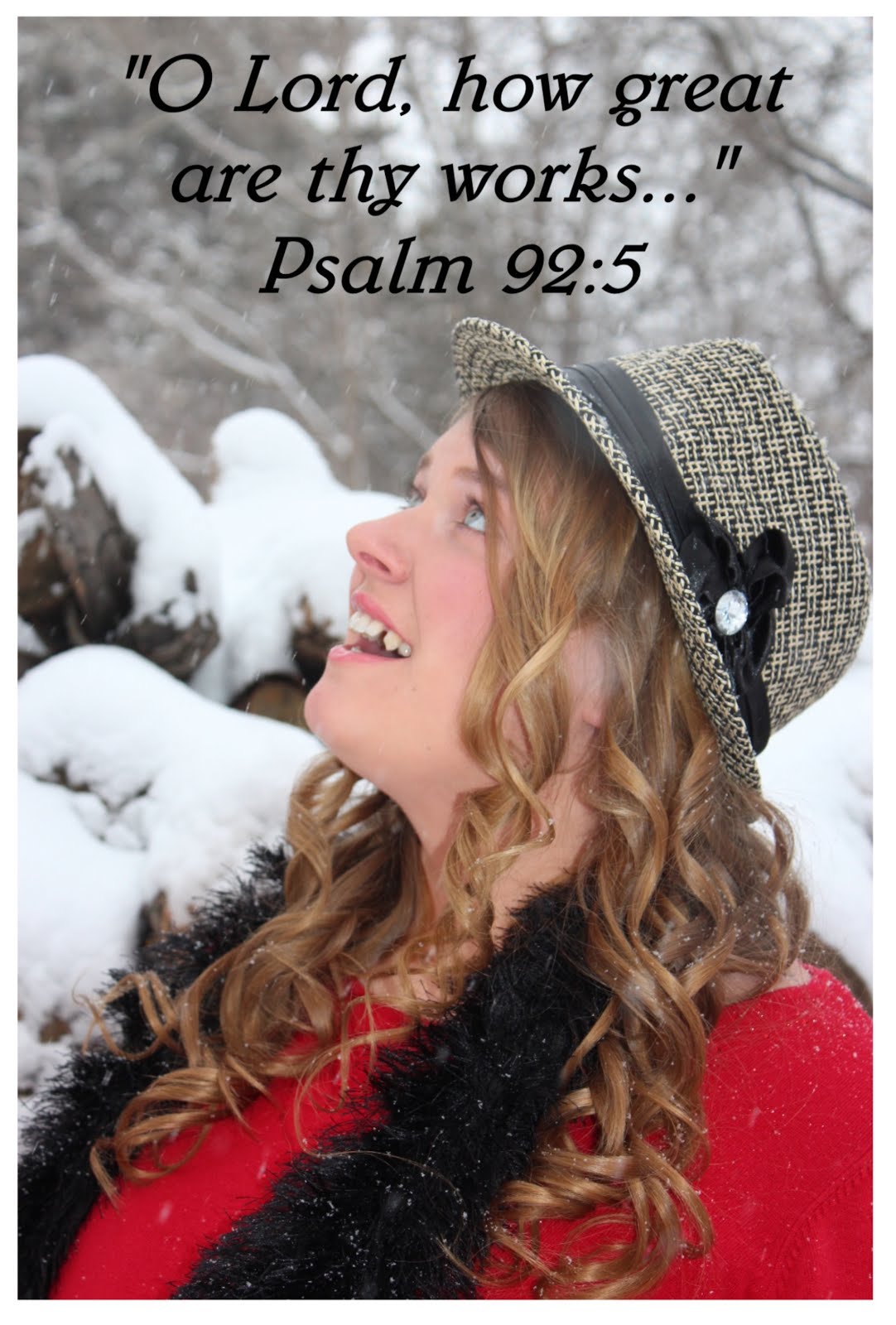